Very excited to find out more about the Age Of The Wolf a new Viking Age campaign system for Saga from Gripping Beast more details to be announced next week !

Age Of The Wolf will be a complete system for 2 or more players with each player leading a 4 point war band, (from any of the dark age factions), in an ongoing struggle to gain land and wealth and build reputation. Contesting the ultimate prize of becoming king.

It will hopefully be released at SALUTE. 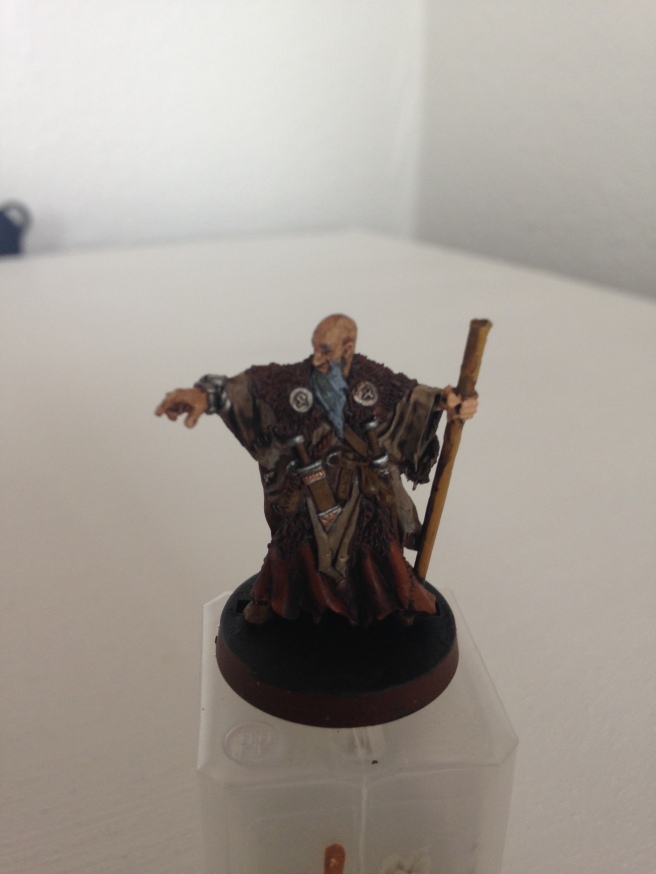 A Seiðmaðr was a Norse shamanistic sorcerer a male practitioner of Seiðr.

I don’t play any Norse War Bands so this character will be a story catalyst. I’m really into the idea of multi world campaigns at the moment, with various magical practitioners opening portals into different realms, possibly even played across multiple tables of terrain simultaneously. I’m hoping this is something I can explore in Dragon Rampant if not then I guess I’ll have to start looking at developing my own rule set. I think he’d make a good wizard for a Frostgrave party also, although I already have mine set aside ready to paint.

This figure comes from Hasslefree Miniatures.

The Vikings are coming !

The Curaidh and Fianna have been cut down in the kill zone and utterly defeated. The Bonnachts, (Warriors) of the village step up to the mark to defend their homes.

Bonnachts vs Bondi clash of the Warriors. A nonchalant Warlord, his jeering band of Hirdmen armed with Dane Axes and a berserker bear bring up the rear.

The Irish Bonnachts push for advantage the Viking Warlord falls back to cover. More Hirdmen rush to close the gap. 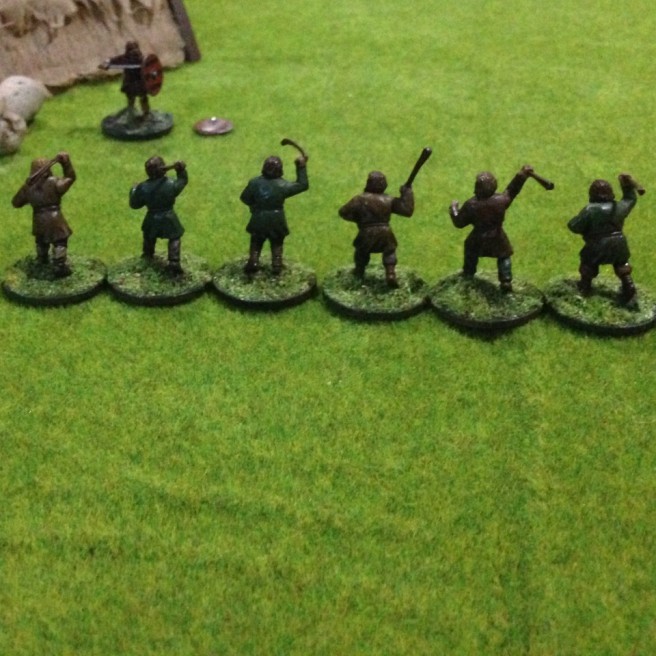 On the flank the Irish Kerns (Levy) armed with slings destroy the Viking advance. 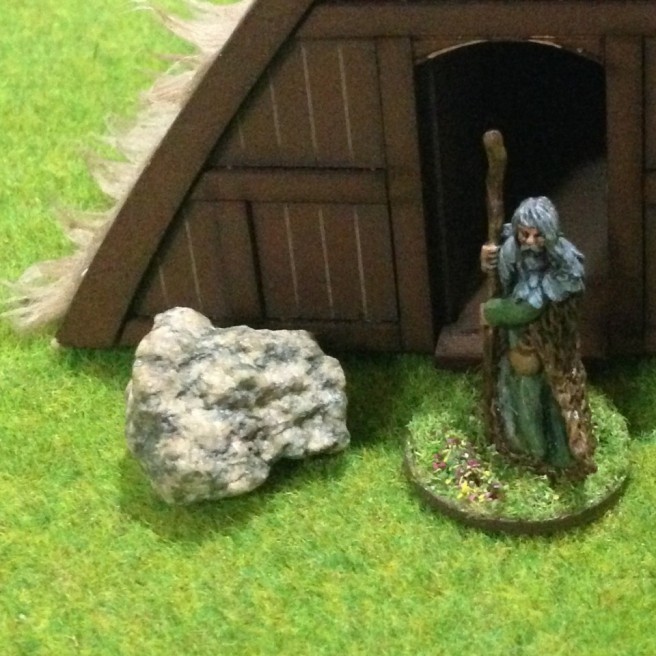 A great sorcerer inspires the Irish to victory on the field of battle this day !

My Troops, Irish Bonnachts and Kerns, consist of Gripping Beast plastics from the Dark Age Warrior set. They were the very first army painted and were originally fielded as a Welsh war-band. They have been subbing as the Irish for some time with the addition of a band of warrior war dogs.

I now have a full Irish war-band under way.  There will be pictures 🙂

The sorcerer is Merlin from Footsore Miniatures.